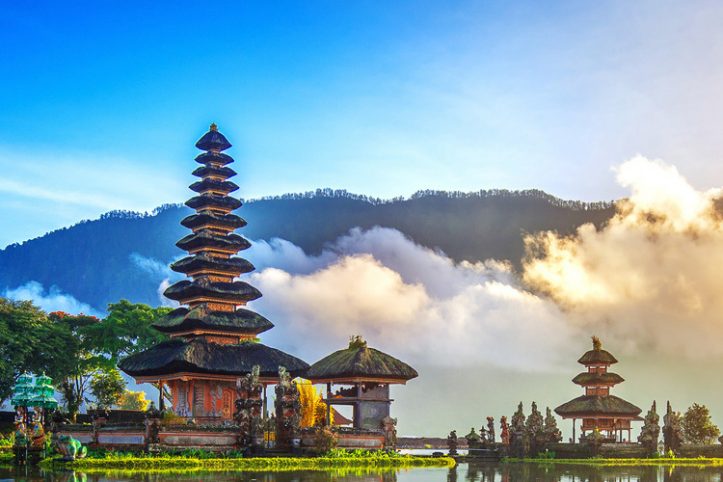 Located in South-East Asia, Indonesia is a vast archipelago that is only fourth in terms of population. Believe it or not, the island country has a thriving population of more than 261.1 million people. It also boasts of diverse culture, including the presence of uncontacted tribes living in deep forests. Most people perceive this nation as just another over-populated South-East Asian nation where people live in utter poverty. However, 10 interesting facts about Indonesia will change your perception of the beautiful island nation. So, let’s go!

Flowers have pleasant fragrances, but not always! Indonesia is home to Rafflesia Arnoldii. This indigenous flower native is the rainforests of the Sumatra islands. More than a meter wide, this is also known as corpse lilies due to its unpleasant odor.

The Indonesian archipelago consists of more than 17000 islands that spread over a vast area of more than 5000 Km. However, many of these islands still have no name and are devoid of any inhabitants.

While many believe Japan has the most active volcanoes, Indonesia has more than 120 volcanoes active in recent history. Some of these are even located in densely populated islands! Authorities use to evacuate people living near these volcanoes whenever there is any sign of volcanic activity.

You can easily spot affordable gold jewelry in the island nation as one of the largest goldmines is located here. The Grasberg gold mine discovered in 1988 is located in Papua, Indonesia. A large number of the population is employed in this goldmine.

With a market share of over 50%, Indonesia is one of the world’s leading exporters of palm oil. It exports palm oil to China, India, and the EU countries. In 2019, the country exported more than 36.18 million tonnes of palm oil to different countries.

While it is true that the population of wild orangutans is depleting fast, you can still have a view of them in the Gunung Leuser National Park. The park is located on the island of Sumatra in Indonesia. The park comprises a tropical rainforest area that provides an ideal environment for the survival of wild orangutans.

While Indonesia has the largest Muslim population, it also boasts of the largest Buddha temple at Borobudur. This temple, probably built in the 8th or 9th century, has over 500 beautiful Gautam Buddha statues and 1,460 narrative relief panels.

If you think dragons do not exist in reality, visit Indonesia. Here, you could spot the largest lizards. These are also known as Komodo dragons! These are found in the Komodo islands and Sunda islands of the Indonesian archipelago. With a length of more than 10 feet and a weight of 135 kg, these can also attack and kill human beings.

Just like in India, you can find people speaking different languages and dialects in Indonesia. While Bahasa Indonesia is the official language, there are more than 700 spoken languages in the Indonesian archipelago. Some of these are Javanese, Sundanese, Madurese, Balinese, Sanskrit, Arabic, Dutch, and English.

On 27 August in 1883, when the Krakatoa volcano erupted, eardrums of people even living more than 40 miles away got ruptured! It was so loud that the pressure waves from the volcano encircled the earth more than three times.

What Is Sexual Harassment In The Workplace And What To Do About It?