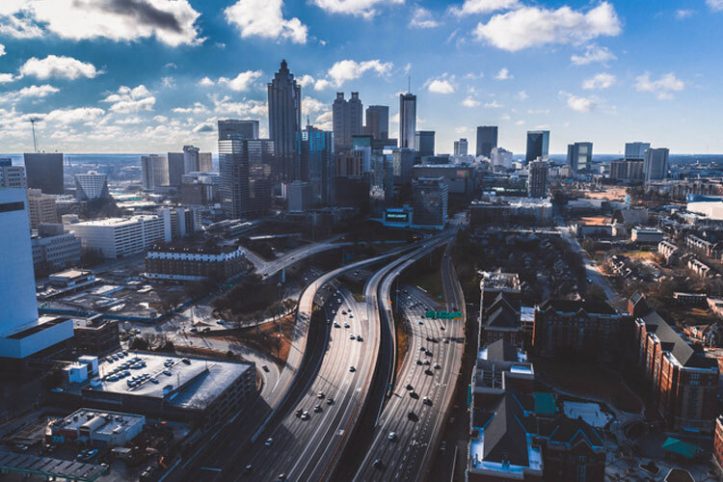 Highways in Atlanta have always been dangerous, with various incidents pertaining to drunk driving, tailgating, speeding, and texting. However, there’s another danger affecting its citizens.

Gunplay on Atlanta’s roads has become common, and it is imperative to address the causes and consequences of such a drastic activity.

In 2021, approximately 26 cases of driver shootings were reported on Atlanta’s roads. Out of all of these cases, seven people have lost their lives, leaving dozens wounded. Plus, Atlanta’s plague of gun violence has been the catalyst to such an atrocious act.

Although the exact reason is unknown, many citizens believe that there is no serial killer involved as there is no pattern in the shootings or similarities of the vehicles targeted. Instead, many people feel that it is an amalgamation of road rage, gasoline, and gunpowder.

Another cause for such a violent act is the rush hour traffic. Due to such congestion on the roads, drivers often feel frustrated when people want to get somewhere in a hurry but are stuck in the middle of the road with no movement.

Others often theorized that human psychology has caused people to become more anti-social and aggressive behind the wheel.

Despite the cause being unknown, we need to find the true motive of such on the road to enable the peace and harmony of the city.

Most counties in Atlanta have faced such incidents. Some of these counties include Dekalb, Gwinnett, Paulding, Clayton, and Douglas. The I-20 highway seems to be a popular corridor for this type of shooting.

One such incident was faced and experienced by Andre Blair. As he was driving the dark stretch of the highway a few miles West of downtown Atlanta, Mr. Blair heard something hit the door behind. Later that week, he described the entire incident in an interview.

When asked about the exact cause of the incident, Mr. Blair replied that there was no suspicious activity. He further stated that he didn’t notice any tailgating or the culprit. The only thing he saw was just a red car passing him.

Another case was that of Bridgette Ohiembor, a 22-year-old medical nurse from Dayton. When she was out visiting friends in Atlanta heading to a nightclub, she experienced a car following them.

Once she pulled to the roadside, Bridgette felt a sharp pain on her hip and realized she had been shot. She said that she was lucky to survive, as the bullet didn’t hit any arteries or bones. She strongly feels that it is the mental pain that is traumatizing, as things change when an innocent person gets shot.

She further added that she will share the removed bullet with the Atlanta police, hoping to find a fingerprint to catch the culprit.

Over time, there have been several incidents reported in various counties, and the exact cause is still unknown.

Many people like Bridgette have experienced such atrocious acts when they have not done anything wrong. It traumatizes the innocent and alters their mindset.

Even though many of these cases are not solved, it is time to raise our voices and be a beacon of hope for many victims looking for a harmonious, peaceful society.

If you are a truck owner and have experienced such incidents, please don’t hesitate to contact a good Atlanta Truck Accident Attorney for your safety and wellbeing.

Medical Errors Are A Leading Cause Of Death For American Patients