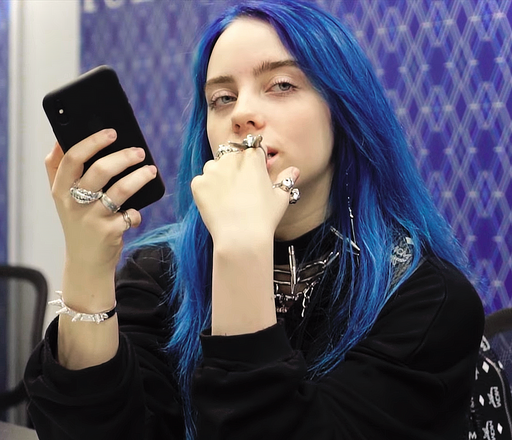 It is a general belief that records are usually set to be broken in the short or long run by the brilliance of another but it appears some records might be too massive and outstanding to be broken or smashed quickly and easily. One of these is probably created recently when Billie Eilish reached a milestone with Grammy, making history as the first to be nominated in all four top categories of the 2020 nominations for the award. As a matter of fact, Billie Eilish became the youngest man to make history on the Grammy award nomination list when announced on Wednesday 20 November
2019.

Huffington Post reported that the four nomination height reached is not the only mouthwatering highlight of the milestone but Billie Eilish in the process also became the youngest ever to be rewarded with a nomination in the top four categories of the global award. The nominations spaced that the 17 years old artist was recognized for the record of the year, the album of the year, the song of the year and the best new artist respectively. More so, his debut album titled “When We Fall Asleep, Where Do We Go?” which was released in March 2019 and debuted on the number one spot on Billboard 200 is such a good one to make it to a nomination in one of the four categories.

The most inspiring thing about the young artist’s success, however, is that she doesn’t get nominated only for these top four groups but also bagged another two nominations in the minor awards categories which makes his nominations six in total. This means that the young artist also picked
nominations for the best solo performance and the best pop vocal album.

The 17 years old Billie Eilish also made Grammy award history alongside Lizzo, an artist who was also nominated in the top four categories to make sure this year becomes the first when two artists were nominated for all of the general field awards in the same year.

The ‘Bad Guy’s’ singer if wins this year’s Grammy album of the year award would become the youngest to have done so and she is set to usurp the current titleholder Taylor Swift as the youngest artist to win the award at only 20 years in 2008 with his album “Fearless”.

More than a decade after, a new young Grammy king is set to be crowned in the category. We might have to wait for another decade to see this happen. However, at this very Billie Eilish age, we could have compensation in sitting back and dreaming to enjoy and have more of her while she ages. She’s simply a talent with lots of promise.

8 Greatest Boxing Heavyweights of all time