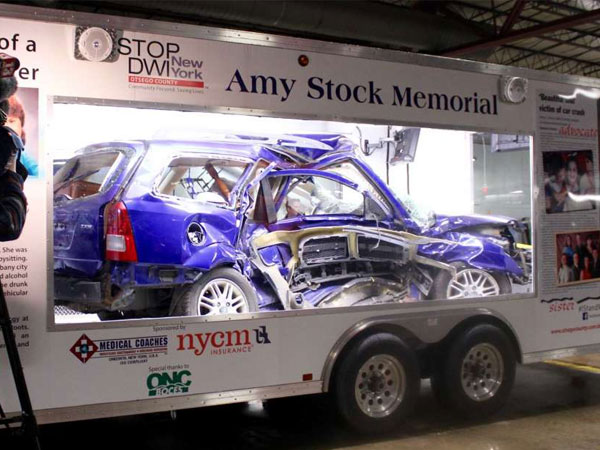 According to Oxford Dictionary, alcohol is defined as “a colorless volatile flammable liquid that is produced by the natural fermentation of sugars and is the intoxicating constituent of wine, beer, spirits, and other drinks, and is also used as an industrial solvent and as fuel.” Some side effects may include, but are not limited to dizziness, shakiness, or complete blackout. These all make for a really bad, unsafe driver.

NHTSA states that “at a BAC of .08 grams of alcohol per deciliter (g/dL) of blood, crash risk increases exponentially. Because of this risk, it’s illegal in all 50 States, the District of Columbia and Puerto Rico to drive with a BAC of .08 or higher.” BAC, if you don’t know, stands for blood alcohol concentration. It stands for exactly what it sounds like. After alcohol is consumed, BAC is weighed based on the amount that is found in someone’s blood.

The way that BAC is measured it through a breathalyzer. Most, if not all police have one on hand. It is the most convenient way to check, but if the police didn’t have access to one, they could also run a blood test.

A driver under the influence of alcohol poses a threat to other drivers on the road, as mentioned above. More side effects include a lack of immediate visual processing, deterioration of brake time and other rational decision making skills, and so much more. If someone decides to drink and then drive, they could end up with a speeding ticket, or worse. A collision could result in the driver’s death or worse again, someone else’s death.

According to NHTSA, “men are more likely than women to be driving drunk in fatal crashes. In 2017, 21% of men were drunk in these crashes, compared to 14% for women.”

At the end of the day, no drink is worth you dignity, your life, or someone else’s life.

Here are some ways to avoid drunk driving:

If you or a loved one has been served a DWI, and are in the Houston, Texas area, call Darrow Law Firm. Their Houston DWI Lawyer will fight to give you the results that you and your family deserve!