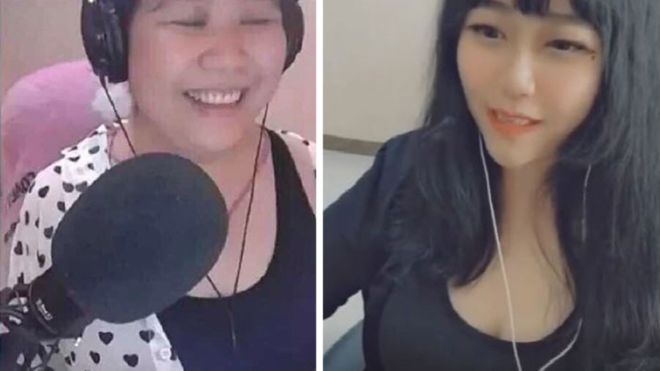 A popular Chinese blogger was caught lying about her age, when the streaming app that she was using suddenly glitched, showing her real face. According to BBC, “fans of a popular Chinese video blogger who called herself “Your Highness Qiao Biluo” have been left stunned after a technical glitch during one of her live-streams revealed her to be a middle-aged woman and not the young glamorous girl they thought her to be.

All of her followers have been led astray as their knowledge of her has now been skewed. What was once seen as a beautiful and inspiring woman has now turned into a lie. She was worshiped like a goddess, with her viewers sending in over fourteen thousand dollars. When the incident happened, the viewers urged the blogger to show her face, but she quickly declined. Instead, she urged them to send money, with the excuse that she’s extra good looking and worth the money they’d be paying. Chaos started to ensue when Qiao noticed her VIP followers started exiting in large amounts.

Many of her followers, a lot of them being men, have said that their days of supporting her are over and have taken the extra steps to withdraw their donations towards her. Most commentators said her followers were gullible, superficial and deserved to be “tricked” into parting with their cash gifts without first verifying her identity. Qiao Biluo has now suspended her account, until further notice, with no comment on the matter.

Critics from all over have opinions on the situation. Some are saying that the men who gave money in the past are unintelligent and deserve to be fooled. Some are saying that Biluo’s voice was legitimately soothing to her viewers, as she wanted to help them, and now that she’s been traumatized with this she’ll need counseling to recover. Chinse social networks have been broadcasting the news, with more than 600 million people reading the hashtag that translates to “female vlogger experiences bug showing her old lady face.”

In China, it is common for live-streamers to use face filters. As the news of this story continues to spread like a wildfire, Qiao Biluo’s Douyu profile page now has 650,000 followers and counting. There’s no such thing as bad publicity right?