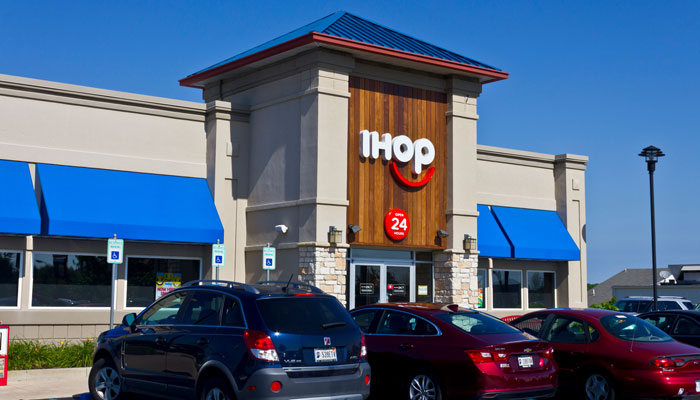 That’s right, the well known IHOP wants the world to recognize their movement to please the public with delicious burgers. While many locations are getting new signs as we speak, nearly 1,800 locations will still go by IHOP.

“We are definitely going to be IHOP,” Darren Rebelez, president of IHOP, told CNNMoney. “But we want to convey that we are taking our burgers as seriously as our pancakes.”

Many in the public had speculation on what the “b” stood for in the well-known logo. Some on Twitter thought it would stand for bacon or breakfast. Others noted that the “ob” had a very close resemblance to the popular tampon brand “o.b.”.

Some wondered if he was trying to compete with his corporate sibling, Applebee’s. He made it clear that “They have a bar,” Rebelez said. “If you want a burger and beer, you are not going to come to IHOP.” Well, that explains why the B in IHOB definitely does not stand for booze.

Unfortunately, the company has been seeing sales decline for about 10 quarters in a row according to CNBC. However, all press is good press. Some folks are thinking about IHOP for the first time in years. Others are also realizing what the letters in IHOP stood for in the first place.

Among the name debate and the few disappointed fans with the name change, Rebelez created a way to get people talking that clearly worked. IHOP wants to be a bigger part of the lunch and dinner world. America loves its burgers after all!

Who Will Care For The Baby Boomers?