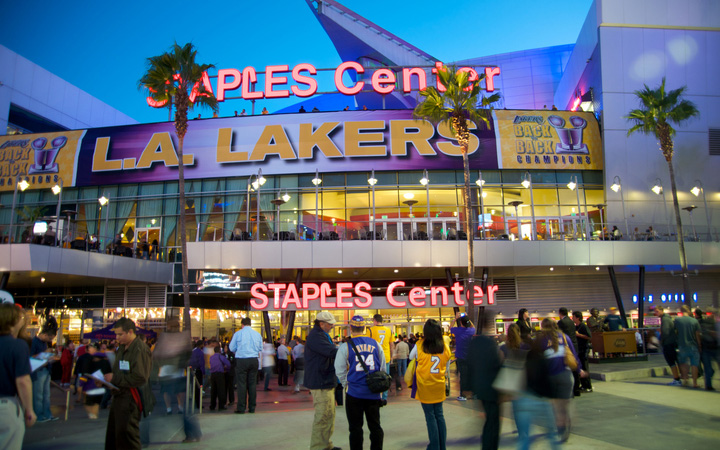 Kobe Bryant was just 41-years-old when he was killed in a helicopter crash in Southern California on Sunday, Jan. 26, his 13-year-old daughter Gianna was among eight others confirmed dead in the crash.

Bryant was a living legend in the NBA and is one of the greatest basketball players of all time. He retired in 2016 as the third leading scorer NBA history. His daughter Gianna was a basketball player as well and had aspirations of playing professional too one day. The two were joined by one of Gianna’s coaches, Christina Mauser, and were flying from Orange County to Thousand Oak for one of Gianna’s games.

Among the other dead were the pilot Ara Zobayan, Orange Coast baseball coach John Altobelli, along with his wife Keri, daughter Alyssa, Sarah Chester and her middle-school daughter Payton.

Bryant had a 20-year career, the entirety of which was spent with the Los Angeles Lakers and the city is still mourning the loss of one of it’s prolific heroes.

Fans gathered down at LA Live across from the Staples Center where they laid flowers and lit candles. Photos show a sea of purple and yellow jerseys with Bryant’s name on them, glowing in the candlelight and paying tribute to the man that transcended the sport.

Current NBA players were in tears during their own pre-game warm ups that evening and the crowds were in pain with them as those in the arena chanted, “Kobe! Kobe!” Fellow sports legends were sharing their condolences on social media.

“There’s no words to express the pain Im going through,” Shaquille O’Neal tweeted. “(at)kobebryant I love u and u will be missed. … IM SICK RIGHT NOW.”

There are hordes of others online vocalizing their sorrow and taking to various platforms to show it. Bryant had been excelling in retirement as a storyteller and won an Oscar in in 2018 for his contributions to “Dear Basketball”, an illustrated poem that he worked on with fellow Oscar winner Glen Kein.

Bryant’s last public message on twitter was posted the night before his death in which he congratulated current LA Laker LeBron James, who had just surpassed Bryant on the NBA all-time scorers list:

“Continuing to move the game forward (at)KingJames. Much respect my brother.”

It is ironic that now at the time of his death, so many fans and family are asking how the sport or their lives will continue to move forward without him here to see it.

8 Greatest Boxing Heavyweights of all time