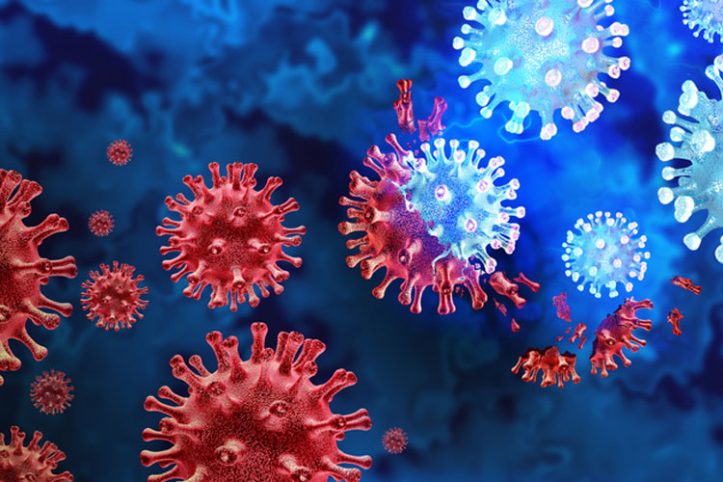 Omicron News Coverage is in Overdrive

The discovery of the new COVID variant Omicron has taken the world by storm. From tightening of travel restrictions, stock sell-offs as well as endless Twitter threads, the ensuing reactions have made it the top priority for most news networks and websites.

But while we may have got a rather early warning from the scientists in South Africa, the information available to us is still very limited. Even with the vast genetic and virological data of the variant, there is still a lack of clarity on the effects the Omicron variant can possibly have. But, with an abundance of information and a lack of meaning, the key here is not to draw conclusions in advance.

However, that seems a tough task thanks to the repeated presentation of this matter in the media worldwide.

A Couple Of Weeks To Clear The Uncertainty

At this moment, what we need to do is wait – for two weeks at the least. As per a statement by the chief medical officer for Moderna, Dr. Paul Burton, to CNN’s Paula Reid, “the uncertainty is going to continue for a couple of weeks.”

The same response has emerged from the meeting of President Joe Biden with Dr. Anthony Fauci and the members of his Covid Response Team. According to the White House’s readout of the meeting, at least two more weeks are needed to have conclusive information on the characteristics of this virus, as well as its transmissibility and severity.

In spite of the lack of clear evidence, Dr. Fauci is of the opinion that the existing vaccines will be enough to protect against severe cases of Covid-19 caused by this new variant. To be on the safe side though, it’s best to get boosted if you still haven’t.

Adequate Preparation Is The Need Of The Hour

The lack of comprehensive information on what the new variant means for the world has put officials in a tight spot. On one hand, no one wants to sound an alarm just yet and cause panic among the people. And on the other hand, not warning people about the potential effects isn’t seen as the best idea either.

The delta variant posed a huge challenge for the world last summer as it caught everyone by surprise. While the unpreparedness led to serious consequences, it’s important that we avoid making the same mistakes again. While it’s still too early to say whether the Omicron variant will pose as serious a threat as the delta variant or not, taking adequate preparations is the right way forward. The motto here should be to prepare for the worst while hoping for the best.

The Speculations Need To Stop

However, with the lack of substantial information on how this virus variant could change the pandemic scenario combined with the need to create attention-grabbing news stories, speculations have been rife over the past few days. In fact, the speculations on how the Omicron variant could affect the world have far surpassed the actual data collected by scientists.

Considering the fact that there is a lack of information as of yet, journalists need to resist the urge to hype up their theories that are based solely on assumptions. Putting forward the worst case scenarios to create a situation of panic among the audience is the last thing needed at this juncture.

At present, instead of hyping stories based on incomplete information, it’s best to wait for scientists to provide further details on the new variant. It’s likely that the scientists will be able to get a clearer idea within a couple of weeks.

Holiday Travel Ramps Up As The Omicron Issue Deepens

Coronavirus Data – Comparing Nevada before & after the vaccines