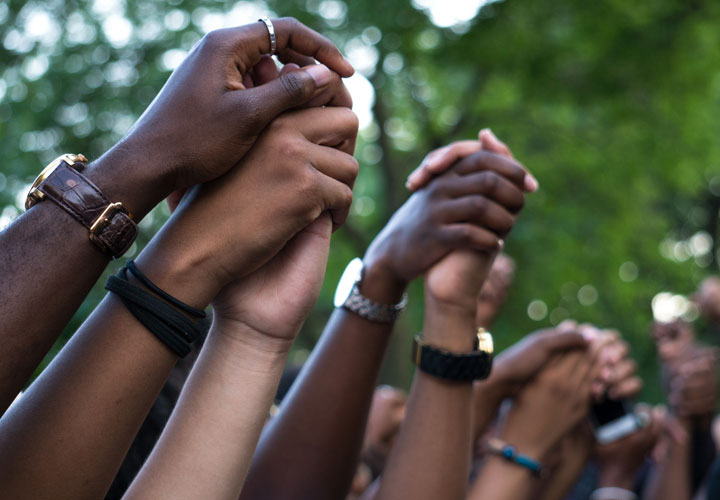 Looting and riots plagued American cities last week after George Floyd, a 46-year-old unarmed black man in Minneapolis was killed following police officer’s attempted to arrest him. While the riots in the evening had threatened to overshadow the peaceful protests that occured throughout the day, the overwhelming peaceful support of the protestors for policy reform appears to be driving through and separating itself from the chaos.

Police officer Derek Chauvin kneeled on the back of Floyd’s neck during an arrest on May 25th and while Floyd made pleas for the officer that he was in pain, Chauvin continued to kneel on his neck.

Chauvin initially was charged with man-slaughter and 3rd degree murder, which has since been changed to 2nd degree murder. Additionally he and the other three arresting officers from the scene were fired the day following Floyd’s death. The other three officers, J. Alexander Kueng, Thomas Lane, and Tou Thao are currently under investigation for their involvement in the arrest/death. The officers had responded to the corner of Chicago Ave. and 38th St. after a call from a deli employee reported that Floyd had attempted to purchase cigarettes with a counterfeit $20 bill.

The officers’ interaction with Floyd was captured on security footage and camera by multiple bystanders which was then posted online. The videos show that at one point three of the officers kneeling on top of Floyd to subdue him though at no point did he appear hostile towards the officers. In the video, Floyd is on the ground under the officers and he can be heard shouting, “I can’t breathe,” and pleading with the officers while Chauvin rests his knee on the back of Floyd’s neck for about 8 minutes.

As a result of the widespread footage protests occurred in major cities across the country with many protestors holding signs that read, “I can’t breath”, some of Floyd’s last words. Many others carry signs with the term “#Blacklivesmatter” on them as well, causing clashing between protestors and criticizers that respond with the proverbial “All Lives Matter” shouted back at them. Over the last few days many large protests that occurred turned violent with bystanders attacking each other and confrontation with local police, forcing SWAT and the National Guard to be called out in some cases. Even in the areas where protests are peaceful during the day, looting and rioting take over at night and there have been severe injuries reported as a result. In some cases officers have been shot, ran over, and forced to protect themselves from a hostile mob. In other cases, police and law enforcement are attacking unarmed protestors to enforce mandatory curfews. On Monday June 1st, President Donald Trump scheduled a photo op at a nearby church in Washington DC, while protestors demonstrated outside. As a result tear gas was used in broad daylight to disperse the crowd and provide the president with safe access. This has caused several Democratic detractors to criticize the president’s decision to use the pepper spray on protestors at a time when the citizens of the country are demanding he hear the pleas.

The protests continue to demonstrate solidarity from cities around the US and in some cases sparked the initial steps towards policy reforms from local police departments. The continued slayings of black men at the hands of police officers has appeared to reach a boiling point with the public and policy makers cannot help but notice the demand from the American people and people around the world.

How Safe Are Masks?

Masks Are The New Money Makers