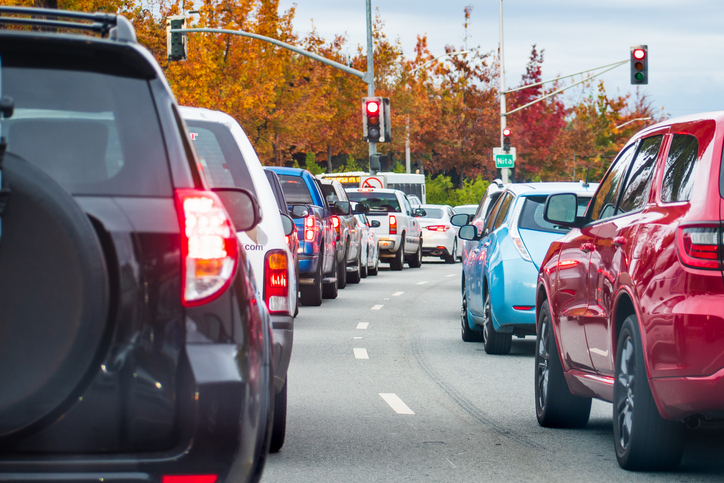 The roads and bridges of South Carolina have gone through significant improvements in recent years in terms of safety, congestion, and maintenance. However, the lack of funding still remains a major challenge.

This is what the findings of a recent report titled Moving South Carolina Forward: Providing a Modern, Sustainable Transportation System in the Palmetto State reveal about the condition of the bridges and roads in the state. This report, published by TRIP, a Washington DC-based non-profit organization, observes that the passing of Act 40 by the South Carolina legislature in 2017 was a turning point for improving the transportation infrastructure in the state.

While the additional revenue generated by the Act has been instrumental in allowing the transportation department to increase the investment in infrastructure development and repair, it’s far from enough.

Traffic congestion remains a major issue in South Carolina despite the efforts of the transportation department. This is responsible for a large number of traffic accidents every year.

According to the report, more than 5000 deaths were recorded due to road accidents between 2015 and 2019 in South Carolina. The traffic fatality rate of the state in 2019 was around 1.73 fatalities per 100 million miles traveled. This was higher than the national average, which was around 1.11.

The figures for non-interstate rural roads are of much greater concern. The fatality rates in 2019 were around 3.46 per 100 million vehicle miles traveled, which is around thrice that of all other roads in the state taken together. In fact, it was the highest in the country.

The total number of traffic fatalities in the state was 1001 in 2019, of which 17% consisted of cyclists and pedestrians. While the transportation department has started implementing plans to ensure the safety and accessibility of the roads, a lot remains to be done.

Bridge And Road Conditions In Greenville

The conditions are not optimistic in Greenville either. The city experiences high congestion levels, which leads to a loss of both time and money. As per the report, around 12 gallons of fuel per driver are wasted annually due to congestion in the GSA metro region, which consists of the combined statistical area of Greenville, Spartanburg, and Anderson.

On average, 26 hours annually are lost due to road traffic, with the annual cost per driver reaching around $615.

While the transportation department has begun nearly 4000 miles of paving projects all over the state since 2018, the condition of the roads in Greenville is by no means satisfactory.

The report states that around 48% of the roads in the GSA metro region are either in poor or mediocre condition. The percentage of good roads, on the other hand, is only around 34. The overall statewide statistics are slightly higher, with around 39% of roads being designated as good.

The bridges in Greenville are somewhat in better condition than the roadways, with around 7% being marked as poor or structurally deficient. The report also notes that 54% of the bridges are in good condition.

The poor condition of the roads and bridges is increasingly responsible for the high number of traffic crashes. With accidents being common in the city, hiring an experienced Greenville Car Accident Lawyer has become important for victims to get the compensation they deserve.

So, What Should Be The Future Approach?

Maintaining a safe network of roads and bridges is essential to supporting the economic growth of the state. While the passing of Act 40 has contributed considerably to the investment for the development and maintenance of the transportation network, the state needs to increase the funding for such projects. Increasing the transportation investment is crucial to ensuring the development of the state economically.