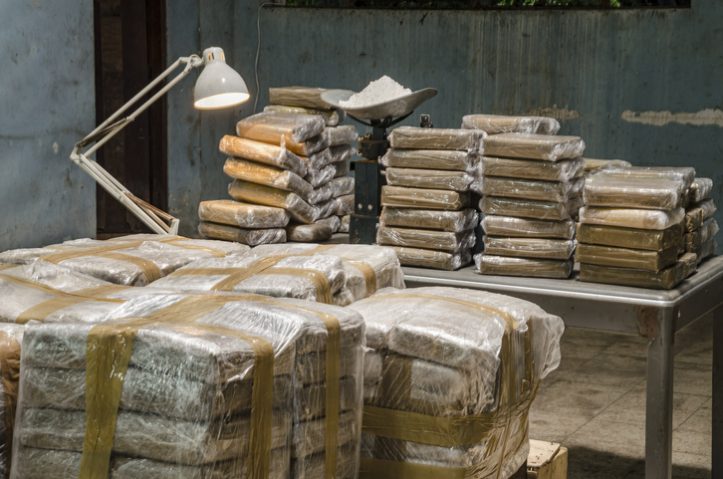 Drugs worth 100 million euros were confiscated from various bases spanning over the African and Middle-eastern region. In two of the cases, Interpol busted people unlawfully loading large shipments of drugs in huge trucks to be transported to various parts.

Following secret information, Interpol teamed up with the police and customs from 41 countries and conducted two different operations that were coordinated in the months of March and April.

In Niger alone, the officials confiscated nearly 17 tonnes of cannabis resin that is worth 37 million euros in the international market. The drugs were seized from a warehouse situated in the capital city Niamey and were planned to be shipped to Libya. This Niger bust became the biggest ever bust in the history of Western Africa.

In another operation conducted in South Africa, the squad found 973 cocaine bricks that are worth around 32 million euros. The drugs were hidden in a fishing vessel and the officials were able to arrest 10 people. Interpol released the details of this operation in an official statement. This bust became one of the largest hauls of South Africa.

Around 287 people were arrested in various operations, both big and small, that spanned over two months. Jan Drapal, the coordinator of Interpol’s drugs unit, reported that the seizures proved how drug kingpins were secretly shipping larger shipments in the light of the COVID-19 travel and border restrictions. The stringent restrictions put on by the various countries halted their operation of sending the shipments in smaller quantities which made it difficult for the government officials to track them.

“They decided to bring as many drugs as possible at once. Recently we saw not only in Africa but also in other countries many record-breaking seizures. What was confirmed by this operation is that COVID-19 did not stop anything,” Jan Drapal said in the official statement.

In recent years, there has been a rise in similar busts. This is mainly because Africa is a transit route for illegal drugs such as cocaine that are produced in South Africa and has huge consumers in the European regions.

The police in Cape Verde confiscated a huge stock of Cocaine, nearly 9.5 tonnes from a ship in 2019. Gambian authorities also reported that they seized nearly 3 tons in January from a shipment that originated from some regions in Ecuador. All these signify that Africa and the Middle Eastern Region is a major hub for the production of Cocaine and Cannabis, and most drugs that were confiscated were aimed at the huge market in the western regions, mainly Europe. The officials are still on high alert as they hope to bust other similar operations over the span of the next few months.