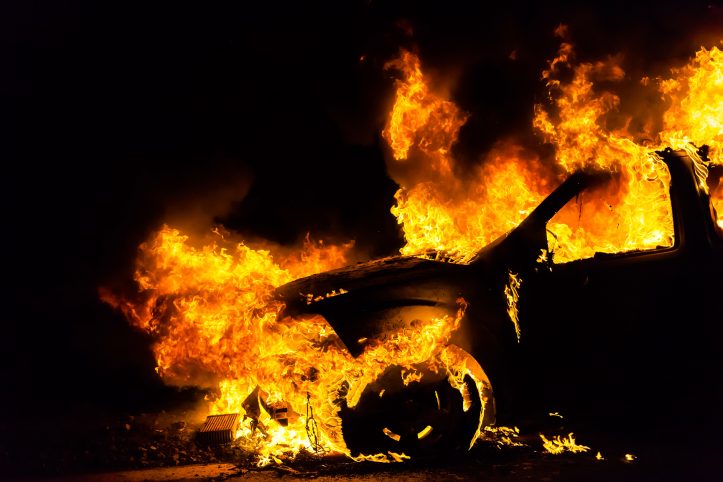 Zoey, the three year old daughter of Cherone Coleman, a 36-year-old medical assistant, and Martin Pereira, a 39-year-old construction worker, was murdered as a result of an ugly custody battle. In March of this year, the couple had split up. They were engaged to be married, but no information was given for their split. There was talk of Pereira’s behavior changing as of lately though. Coleman told the New York Daily News that Monday was an unusual day for the split couple. She claimed that Pereira’s behavior had also become increasingly uncontrollable, for the last few weeks, as the custody battle continued. At a hearing, the judge ruled in favor of the father, Pereira, to be able to take their daughter home for the weekend. He lived in Long Island and the mother grew weary of the judge’s decision.

Fast forward to Sunday, the 5th of May. A 2008 Audi A6 burst into flames in the Springfield Gardens of Queens, near Baisley Pond Park. Witnesses saw Pereira escaping from the vehicle, running towards a nearby pond to extinguish the flames from his body. He continued to stage the scene of the car explosion by yelling, “I have my kid in the car.” By the time that the firefighters hurried to the burning sedan, they realized what Pereira did. There were many indicators in the car that this was in fact a probably crime scene, and NOT the scene of an accident.

According to many sources, the three year old Zoey was strapped into her car seat, near the back of the car. The back doors had been chained shut, so that no one would be able to get inside. Gasoline had been splashed all over the interior of the car, and a propane tank was placed in the trunk to ignite the flames. When Zoey was found, she was rushed to the hospital, but was later pronounced dead. The father, Pereira was also taken to the hospital for some injuries, but remains now in the custody of the police. Coleman, the mother, claims that this was just the climax she was expecting, after the arguments and disdain grew between the couple.

Coleman told the news that Pereira had contacted her and said “You’ll never see your daughter again,” just hours before the car explosion. The authorities have ruled the incident as a homicide, and investigators believe that the father set the fire intentionally.

Angel Rivera, a former coworker of Pereira’s, told reporters that he had seemed unusually angry and upset over the custody battle. He felt that the courts were siding with the mother, and were going against his wishes, even with his daughter being subjected to marijuana smoke at her mom’s house.

If that wasn’t enough, Coleman informed reporters that Pereira took Zoey to the children’s hospital in Long Island on Saturday, claiming that Coleman had abused Zoey. Pereira was calling Coleman a drug dealer and drug addict, while at the hospital, but she denied all claims. “They let him leave with her because he had all the paperwork stating he had visitation,” Coleman said.

Fast forward to Sunday night. Pereira kept trying to get a hold of Coleman, according to the reporter’s notes. When she didn’t return any of his calls, he allegedly called Coleman’s cousins, who are in California, and started to threaten hurting Zoey.

Not long after, Coleman returned Pereira’s calls. According to her, he was telling her “Do I have your attention now, b—-? I got your attention now, b—-. You’re never going to see your daughter again.” Soon after that is when Coleman notified the police. At this point, at 8:52 pm, it was too late for Zoey. Coleman ended her report by expressing her concern for Pereira possibly hurting her, but she never imagined what horror her daughter would soon face.

The lawyers at Aeschleman Law would never wish this upon anyone, but they do handle all kinds of custody battle cases. Call (408) 724-8930 if you or a family member needs the help of a San Jose Family Lawyer.