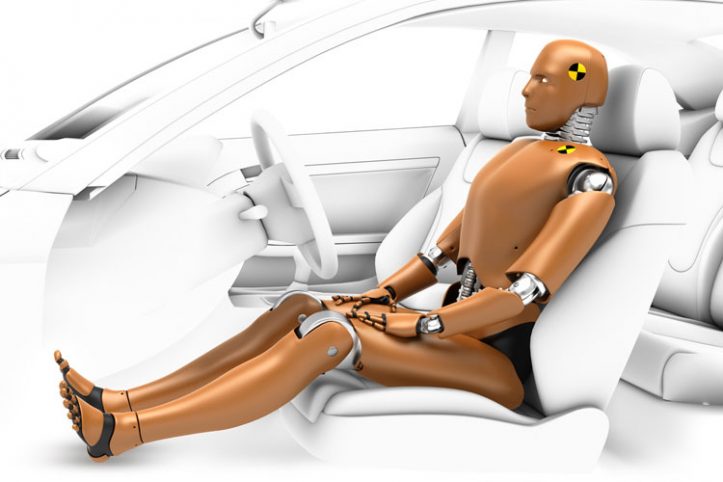 Contrary to popular belief, heavier vehicles aren’t always safer. This shocking revelation is aided with sufficient real-time world data as well. To make things even clear, here’s an example. The Chevy Suburban 2WD and the Ford Expedition 2WD, two of the most popular, heaviest, and largest passenger vehicles, have higher death rates to their kitty when compared to the more compact Chevy Equinox and Ford Escape.

The same applies in the case of pickup trucks. The midsize Toyota Tacoma pickup truck has four times lower driver death rates when compared to the jacked-up Chevy Silverado 1500 Crew 4WD. Further, The Ford F-150 Super Duty has driver death rates doubled that of the Tacoma. So why are the heaviest and largest vehicles not safer than the rest of the vehicles on the road? Well, that’s what we are debunking here.

Here’s another shocking revelation. The mid-sized pickups are comparatively safer than the very large pickups. So to make the statement more believable, let’s dig deep into the statistics. For the data to make any sense, let’s normalize the number of vehicles on the road and the miles driven by each vehicle.

The numbers are adjusted slightly considering the gender differences as females die in crashes much less often than the male counterparts. The statistics are not that of laboratory crash tests, but the actual deaths per mile driven recorded through a period of three years (2008 to 2011).

The demographics should be considered for the death rates to make full sense. Consider the case of Tacoma. Toyota Tacoma’s commercial shows its owners wearing bunny heads, jumping motorcycles, and surfing down dunes. While the Silverado commercial is somewhat less fun and more talk, it is marketed to working men. Why would someone who takes a lot of risks own a pricey Suburban instead of a compact crossover that is pretty affordable?

Size is another factor as well. Suppose when a Smart Fortwo crashes into a Mercedes C-Class, the former is going to suffer more damage. Here the heavier among the two wins the challenge, but when single-car accidents are considered, the case is different. According to the U.S. Department of Transportation’s Fatality Analysis Reporting System (FARS), in 2014, nearly 56% of crash deaths were caused due to single-vehicle accidents.

The larger, taller vehicles tend to tip over a lot more often compared to the lower, lighter vehicles on the road. Eleven percent of the rollover deaths are accounted for passenger cars, while 27% account for SUVs. With that said, crashing into one another also causes a lot of deaths, but vehicles that have a tendency to roll over faster are not considered safe. The Milwaukee Car Accident Lawyer over at MacGillis Wiemer knows all too well about the dangers of car accidents. If you’re in the Milwaukee area, do not hesitate to call a law firm to get the compensation you deserve.

Size matters the most when two vehicles crash into each other. In that case, the survival rate is higher for the heavier, larger ones. However, when the broader concept is considered, a lot of other things matter, such as the shape of the car, the level of safety features in it, and the ability to roll over less in the wake of accidents. So, it isn’t about the size of the car, and that easily answers the question of why the bigger, heavier, and larger cars aren’t the safest. It is all about the small details and features that the manufacturers include that make the car safe for the people inside it.