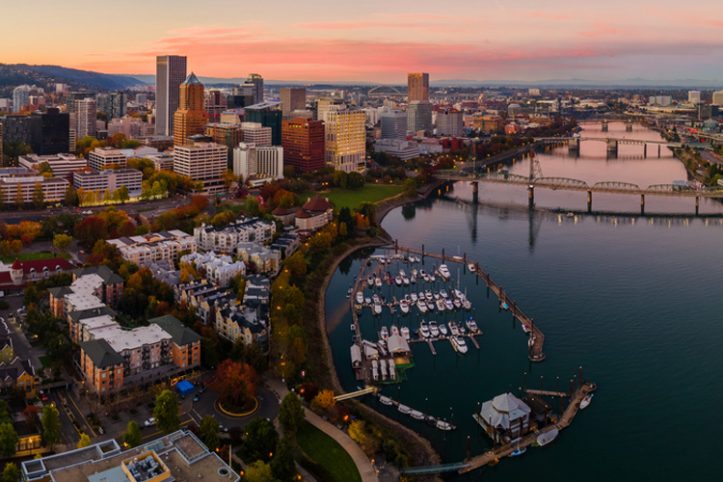 The divorce rates in the USA have been declining in recent years, and as per some news reports, millennials are to blame! The people of this generation are taking their own time to choose their life partners instead of marrying at a younger age. And this has led to lesser chances of divorce among them.

But, at the same time, the divorce rates are not spread evenly across the country! Several states, or rather parts of it, show much higher divorce rates than the national average.

Dating News came up with a study recently highlighting the top 20 towns in the USA that show the highest divorce rates in the USA, and two coastal towns from the state of Oregon were highlighted in the list. And what makes it more interesting is the fact that the two were featured at the first and 20th positions respectively. So let’s find out more!

Divorce Rates In The Coastal Towns Of Oregon

The study mentioned above listed 20 towns that belong to the micropolitan statistical areas in the US, where the population ranges between 10000 to 70000. But at the same time, the divorce rate in these towns is among the highest in the country.

Coming to Oregon, the two coastal towns featured in the study are Brookings and Newport – both coastal towns situated in the southern and northern parts of the state, respectively.

Brookings, located in Curry County, covers an area of around 12 square miles along the coast. While the population of this quiet little town is only around 19500, it has the highest divorce rate in the US! Almost 20% of the residents of this beautiful coastal town are divorcees.

On the other hand, Newport may feature at the bottom of the list, but even then, the divorce rate is much higher than the national average of 10.9% (as per Dating News). This coastal town has a population of more than 40000 people, of whom roughly 15.6% are divorced.

Reasons For The High Divorce Rates

As per the study, the high rates of divorce in Brookings and Newport have something to do with the lack of millennials in these towns. As per their collected data, the median age of Brookings is 46.7 years, while for Newport, it is 44.3.

But it doesn’t mean that so many people get divorced in these towns. Many people prefer to move to these beautiful coastal regions after their retirement, and many of them might be divorced earlier. Therefore while the residents may consist of a high percentage of divorcees, the divorces may not necessarily have happened here.

But What About The Rest Of Oregon

While the divorce rates in the state of Oregon aren’t among the lowest in the country, not all places show such high divorce rates. For example, Portland, the largest area in Oregon, shows a much lower rate of divorce despite its high population.

It is estimated that around 12.8% of the population of Portland consists of divorcees. Despite the overall decrease in the average divorce rate, the number of cases remains relatively high. As a result, the city is well equipped with lawyers. People facing any issue can easily appoint a well-known Portland divorce lawyer to take up their case.

As we can conclude, there is a significant disparity in the divorce rate in different parts of Oregon. Despite that, it is clear that the divorce rate in Oregon is relatively high. Even though the populous city of Portland shows a lower divorce rate than the coastal towns, the rate is higher than the national average. As a result, the need for experienced Portland Divorce Lawyers has gone up to represent or negotiate with the concerned parties.