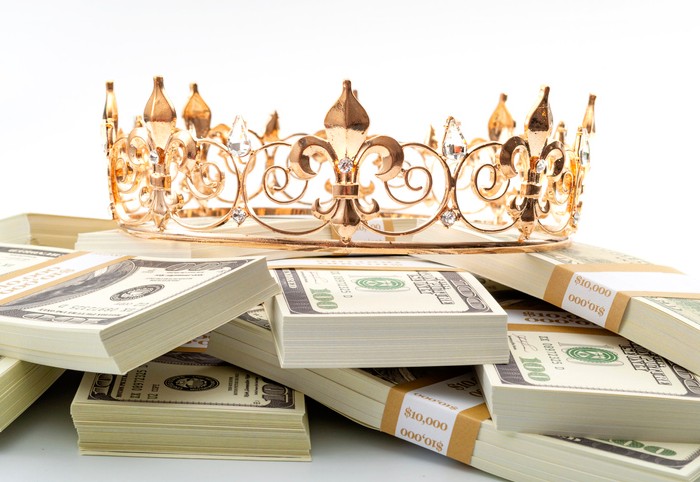 When it comes to calculating wealth, analyzing how much fortune a person owns in America is not easy. Their wide variety of sources and many forms of income make it difficult to set any boundary to where their fortune ends.

From cash to real estate investments, cars, stakes at private and public companies, jewelry, planes, etc., when the richest Americans have it, they have it all. Thanks to Forbes The
Definitive Ranking of The Wealthiest Americans in 2020, these whooping numbers have reached us. Let’s plunge into the top ten richest people in America.

The CEO of the e-commerce company, Amazon, has again topped the charts. His net worth is $183.8B. At the age of 56, Jeff Bezos holds an 11.1% stake in Amazon. He owns The Washington Post, a daily newspaper, and Blue Origin, a private manufacturer of commercial rockets. Bezos has spent less than 1% of his income on charitable causes.

The Microsoft CEO, Bill Gates is second on the list. He stepped down from Microsoft Board this March. Bill Gates advocates that “money has no utility for me beyond a certain point” and yet, paradoxically, his net worth is $115B as of 2020. Gates, along with his wife Melinda, had claimed to spend $300M through their charitable foundation, Gate, in May.

Even though Facebook faced a crisis regarding its hate speech policies this June, the 36- years old CEO, has managed a $98B real-time worth. Zukerberg owns 15% stakes at Facebook and has promised to spend $3B in fighting against disease by 2100. Facebook has become a medium of all communications during this pandemic.

Popular for his “value investing”, the 90-year-old investor has a real-time worth of $82.3B. Buffet owns the famous Berkshire Hathaway. Warren believes in spending for a charitable cause as he founded the famous “Giving Pledge” with Gate Foundation.

Though Ellison stepped down from the position of CEO of Oracle in 2014, his net-worth remains at an overwhelming $74.9B. As a soft-engineer who started as a drop-out, Larry
Ellison now owns 35.4% of Oracle and 3 million shares in Tesla. Currently, Ellison has been in the news with the idea floating around that Oracle had bid to come for TikTok.

A classmate to our third ranker and the CEO of Microsoft from 2000 to 2014, Steve Ballmer has a real net-worth of $70.1B. Ballmer has spent $59 million in a software-developing company for the government and nonprofits. Ballmer has emphasized the responsibility of rich people in bridging the gap between the poorest and richest in America.

The 49-year old chairman of Tesla Motor Cars and SpaceX, Musk has a $79.4B real net worth with less than 1% income spent on charity. With SpaceX earning a value of $36B, Musk is one of the people who have grown their fortune extremely well over the past few years. Tesla stock has also increased, much to the benefit of Musk.

Earning a good part of his income from Google, Page has a real-time net worth of $67.9B. He is the co-founder of Google, investor of Planetary Resources, and fund-raiser of the startups such as Kitty Hawk and Opener. Larry Page is not much of a contributor to the community as his philanthropy score is at the minimum 1.

With $66B real-time net worth, Brin makes his income from Google and its parent, Alphabet. While the philanthropy score of Brin is at the lowest 1, Brin has been on the news
headlines for two reasons. First, His absence in public events as Brin is working on a research lab project. Second, he has spoken against Trump’s ban on immigration.

You might know Walton as the chairperson of the Crystal Bridges Museum of American Art. She has a net worth of $64.5B. Unlike the rest in the list, Alice Walton has focussed on the arts instead of the sciences. Daughter of Sam Walton, who is the founder of Walmart, Alice Walton had refused to get into his father’s business, though Walmart is listed as a source of her income.

That was our list of the top ten richest Americans up there. For some, the statistics of their earning are just numbers. However, they do give you a perspective on how businesses take new forms. To conclude, it would be good to mention that Warren Buffet and Bill Gates have been the top donators of their wealth.

Pros vs Cons of Wearing a Mask While Driving