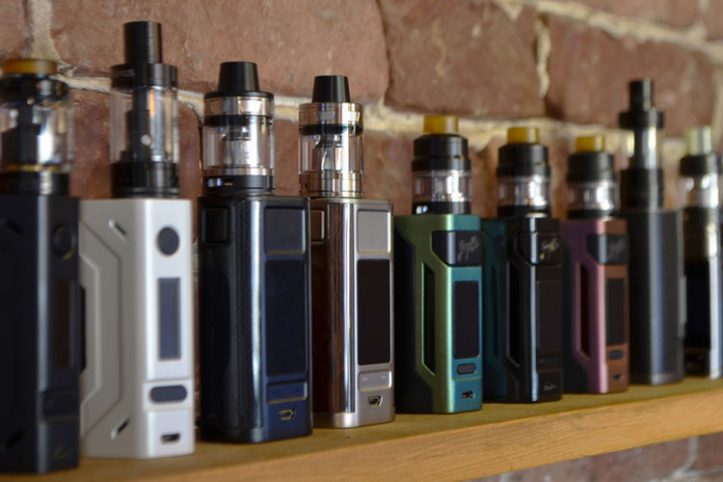 In the 21st century, we are all pretty much aware of the toxic effects of smoking tobacco. As an alternative, vaping emerged as an option and was taken up by many. However, it is very wrong to even remotely consider that vaping has no bad effect on health. It’s quite the opposite, actually. Scientists affirm that vaping comes with its own set of medical problems, but when compared to smoking, there’s somewhat improvement.

However, beyond the inherent medical problems that come with vaping, another major problem requires immediate attention. The problem of the explosion of vape batteries is quite concerning and has occurred several times. To be precise, the National Fire Data Center has recognized 195 reported cases of an explosion of vape batteries between 2009 and 2016. In fact, battery safety measures aren’t quite regulated yet in the vaping industry.

This lack of accountability and little responsibility towards battery explosions in E-cigarettes has led to over 2000 emergency room accidents between 2015 and 2017. There are several victims to these vaping accidents, ranging from burns to explosion-related injuries. It has been seen that these explosions most commonly happen around vulnerable body parts such as the face or the hands.

You must be wondering that if it’s so risky to use batteries, why do vaping and E-cigarette industries use them in the first place? This is because the E-cigarette is absolutely dependent on the battery for functioning. Without the battery, the heating coil can’t be powered up. The heating coil is crucial because it converts the e-liquid into an aerosol (or vapor) by heating. The users inhale this.

When the battery in a vape pen or an e-cigarette gets overheated, it is highly likely to go up in flames. This might set fire to the clothes and cause severe burns ranging from second degree to third degree. Not just that, the chemicals in the batteries are also prone to fire and can cause severe burns as well.

According to a report, “A Florida man had to undergo surgery in 2018 for the second – and third-degree burns he sustained after a vape pen exploded in his pocket.”

Some of the miscellaneous instances of physical injuries caused by vape battery explosions include:

1. Fractures and broken bones
2. Bleeding from wounds and major cuts
3. Blindness
4. Falling out of teeth
5. Formation of holes, especially on the tongue and mouth
6. Scarring permanently

It is important to note that when a vape battery explodes, there’s also an increased risk of collateral damage because the broken pieces and debris fly and scatter all over the place. In addition, the proximity of the vapes to the physically vulnerable areas such as the face, eyes, or groin results in severe harmful injuries.

It doesn’t just stop here. The scariest bit is that vape explosions can even result in death. Here’s a report, “In 2019, debris from an exploding vape pen severed a Texan man’s neck artery, causing a stroke that killed him just weeks before his 25th birthday.”

Whenever an accident occurs due to the explosion of batteries in vapes or e-cigarettes, the first most crucial thing to do is call 911. Then, follow these minor but crucial steps to reduce the damage.

1. Make sure that the affected individual is moved away from the battery.

2. Check for the breath and pulse of the injured person.

3. If there’s too much bleeding, try your best to stop it.

4. Check for signs which may suggest that the injured individual has gone into shock.

Individuals affected by the explosions of batteries in vapes or e-cigarettes have now started taking legal measures and suing the vaping companies. If you live in Kansas, you might want to get in touch with a Kansas City Personal Injury Lawyer for such cases.